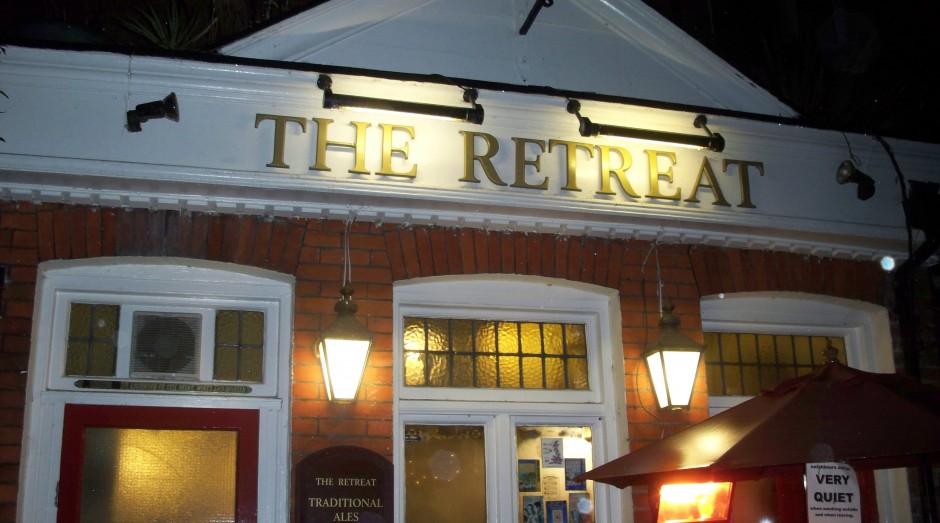 Being located within an area of Reading that has been described as having “a talented musician in every third house,” the Retreat has had a long history as part of Reading’s music scene. Its existence as an inn stretches back to at least 1899 where it was described as “a beerhouse that is in good repair and clean.”

More recently, it has been the centre of much of Reading’s jazz scene, often used an experimental ground for new projects because of its friendly atmosphere. Many of Reading’s musicians cite it as a place they go to listen to the new sounds of the town’s music scene.

turn left out of the pub, and then left at the end of the road – at the traffic junction, turn right, go across the bridge, and then turn left down Kings Road – as you cross the canal, take the steps/ramp on the right down to the waterside – the Abbey is in front of you