The Concert Hall is located within the historic Town Hall of Reading. The Town Hall was first built in 1786 as a purely administrative space consisting largely of what is now known as the Victoria Hall. In 1864, The Town Hall began its journey into becoming a music venue with the installation of an organ (see below). The Town Hall continued with a range of construction and refurbishments until 1882 when a fully functioning Concert Hall was added. This was followed shortly by the addition of a museum and library in 1883-84.

In 1943 the building was seriously damaged during an air raid, and then in the mid-1980s it suffered further threat; the relocation of the library and civic offices combined with a newly built civic centre (including the Hexagon) meant the Town Hall and Concert Hall faced real closure. Plans to demolish and replace the Town Hall with a new cultural centre were proposed, but it was decided instead to refurbish the building to bring it up to date whilst retaining its heritage, and so the Concert Hall was closed between 1986 and 2000 to be refurbished. It is now open again and in constant use.

In 1974 the Concert Hall was also listed as a Grade II listed building, further underpinning its historical importance. It’s balcony can withstand over 200 pound of bricks per square foot, and despite having a capacity of 1500, it can be evacuated within 4 minutes due to its purpose-built wide doors.

As well as hosting national and international classical performers throughout the year, the Concert Hall also supports many local orchestras in holding their concerts too, including the Reading Symphony Orchestra, the Aldworth Philharmonic Orchestra and the Henley Symphony Orchestra.

The Organ was built in 1864 as part of the refurbishment of the Small Town Hall, now known as the Victoria Hall. The Reading Philharmonic Society suggested the hall should have an organ. Henry will, one of Britain’s foremost organ builders, built it. Willis,who built the Royal Albert Hall’s organ, became known as “Father” Willis due to the fact that he was the greatest organ builder of the Victorian era – he built over 2000 of them.

Unfortunately, the organ was incomplete for its opening concert; however by Christmas of 1864 the organ was finished and Father Willis himself gave a recital in 17th December 1864.

The concert hall was redesigned towards the end of the 19th century and reopened on 31st May 1882. The organ was upgraded and re-scaled to match the tonal qualities of the new hall, increasing its number of pipes from the original 1660 to 2238.

In 1999 the organ was restored by Harrison and Harrison with support from the Heritage Lottery Fund. It was decided to restore the pitch to that of the original in 1882. The concert hall was re-opened in 2000 and the organ continues to be a central feature.

In its heyday, the organ would’ve been the loudest sound anyone would’ve heard, with reports of some members of the audience even running out the room scared when it was played. This was possible due to Father Willis’s new design that allowed more air to be pushed through the pipes without making the keyboard harder to play (previously, as more air was passed through, the pressure needed to play the keyboard grew too much). The Concert Hall organ was one of the first to use this technology. 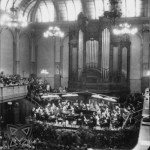 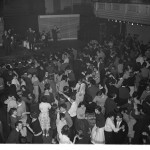 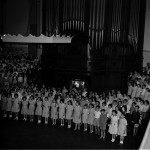 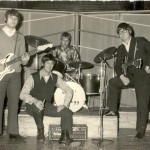 turn left out of the Town Hall – keep left, then cross road onto Abbots Walk (towards Forbury Gardens) – turn right down Abbey Street, then left to Reading Abbey

head forwards as you leave the Town Hall along Friar Street – on the right, go down Harris Arcade – The Sound Machine is inside

turn left out of the Town Hall – keep left, then cross road onto Abbots Walk (towards Forbury Gardens) – turn right down Abbey Street, then left to Reading Abbey

head forwards as you leave the Town Hall along Friar Street – on the right, go down Harris Arcade – The Sound Machine is inside