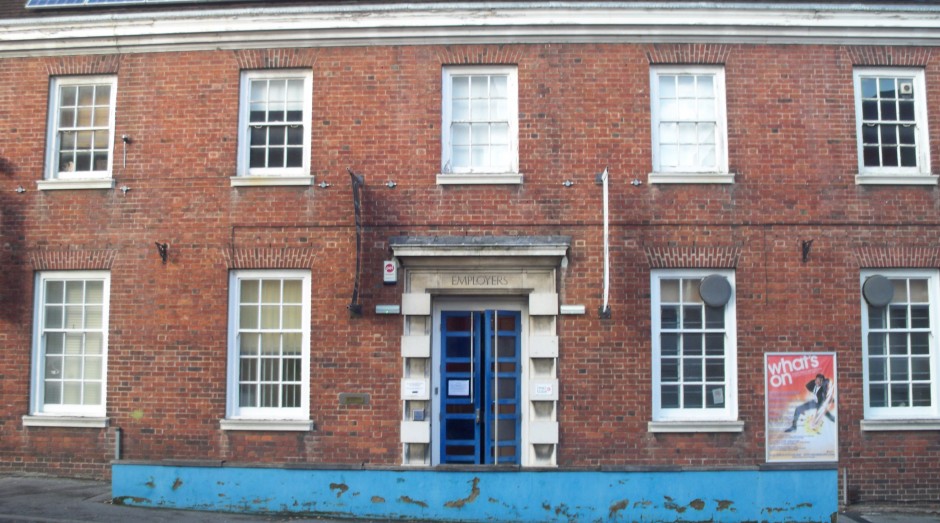 The Arts Centre began life as South Street Labour Exchange. It opened on 17th July 1933 to advertise vacancies and help the unemployed find work. By advertising jobs from some of Reading’s biggest businesses (such as the biscuit company Huntley and Palmers) it became a central point for much of Reading’s community.

After World War II, Reading was specifically recommended by the Barbados Labour Exchange to immigrants from the Caribbean because of the number of jobs it had available. This therefore led to a large Bajan community developing in Reading, bringing with them their music and festivals which are still prevalent today.

In 1989 it became the arts centre it is today. Over the years they have hosted a number of acts, include Mumford and Sons, Bellowhead and Flight of the Conchords. The technical equipment is still analogue. The venue has two main performance rooms – the large one used to be the Men’s labour exchange room, the smaller one being for the Women. This smaller room was also at one time a pub whilst the arts centre was open, only closing when an increase in performance space was needed.

The centre also put on a theatrical promenade around the building showcasing it’s varied history. They published a book about the building’s past which you can see at the venue.

with South Street Arts Centre on your right, walk along South Street – at London Street (the main road), turn right – Global Cafe is at the end of the road

RED ROUTE
Anti-clockwise to
AFTER DARK

with the Arts Centre on your right, walk forwards, and then left at the junction with London Street – cross at the pedestrian crossing and the After Dark is down an alleyway just before the traffic junction