The Rivermead Leisure Complex was opened in June 1988 by Sir Steve Redgrave. It was built to provide a sporting and entertainment centre for Reading. Since its inception it has played host to major artists owing to it having one of the largest audience capacities in the town.

The Complex has been an integral part of many festivals in Reading; since it opened it has helped host Reading Festival to deal with the festival’s growing capacity. From 1990 it also played an important role in WOMAD in conjunction with Reading Borough Council until the festival moved to Wiltshire in 2006. And since 2000 it has hosted the Rockers Reunion Winter Party.

The Prodigy have performed twice.

Staff from Rivermead Leisure Complex helped to plant 1000 trees between Little John’s Farm, the Complex and the river. The trees were intended to provide a family of local badgers greater security from the effects of Reading Festival and were thus donated by Melvin Benn of Festival Republic, the company that organise Reading Festival. With the support of volunteers and Reading Borough Council staff the task was completed in just 1 day to the delight of the badgers!

During the festival, Rivermead Leisure Complex is used as the base for the security and police teams, as well as offering washing and toilet facilities to the many festival-goers. It is also reported to provide a very good view of the whole festival site, an opportunity sometimes taken advantage of by a few!

Other performers include Alexander O’Neill, Lulu, Mystique, Soul to Soul and The Christians. 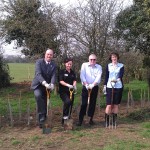 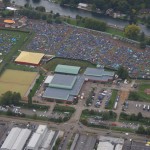 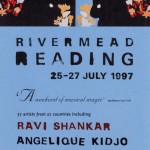 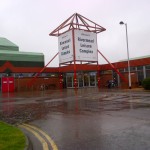